The USB, SD and AUX interfaces offer a wide range of options for listening to digitized music via the USB adapter.

With this adapter you no longer need CDs in your car. It simulates a CD changer for the radio and you can easily enjoy your already digitized favorite music (in the form of MP3 and WMA files) in the car via the interfaces. The sound quality suffers no loss here.
The operation is very easy via the radio buttons. With the disc buttons you can jump back and forth between the different folders, with the track buttons between the titles.
Play 999 files in each of the up to 99 folders with this USB adapter.

Specifications of the adapter
Suitable for MP3 and WMA/ USB up to 32GB/SD/SSDHC cards
Dimensions: 90x65x16mm
AUX input for 3.5mm jack plug (no control possible) 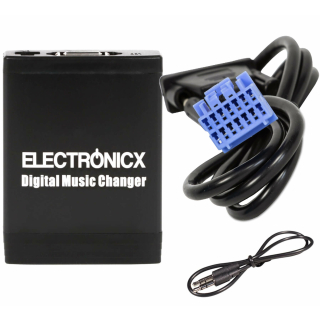 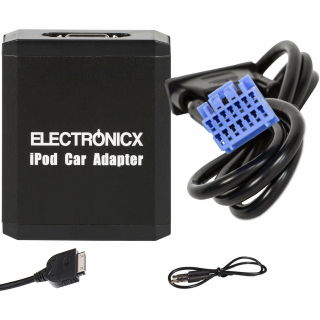 By selecting "Accept all", you give us permission to use the following services on our website: YouTube, Vimeo, uptain, Google Tracking, Google Tag Manager. You can change the settings at any time (fingerprint icon in the bottom left corner). For further details, please see Individual configuration and our Privacy notice.